December 11, 2008
I finished my new dress. I used the skirt from my lavender taffeta ball gown that I made last year and made a new bodice and bonnet for it. I wore it for the History Undressed show I did in Amargosa Valley, NV on December 3, as well as to the Dickens Fair on December 6. I won "Best Overall" in the costume contest at the Dickens Fair. Follow these links for more information about the History Undressed show and our time at Dickens. 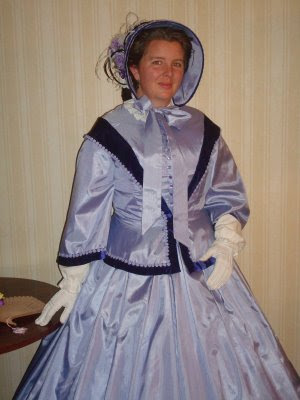 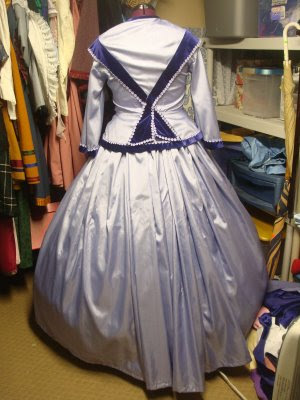 November 8, 2008
My church, Foothills Church of Christ, had an Edwardian Tea and Fashion Show. We participated in the fashion show as well as provided costumes and I played lady's maid to Lady Carolyn as she did her Genteel Disrobe. There were about 100 ladies and 3 gentlemen that attended, including the member from our church who served as well as paid the $20 admission. The event was to raise funds to pay off the building as well as to send 30% of what we made to the Village of Hope Orphanage in Ghana, Africa. Click here or on the picture below to see more pictures. 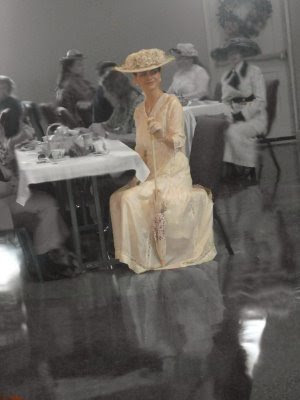 November 1, 2008
The Nevada Day Parade was today. Joe and I dressed up as the King and I and joined Integrity Casting and the Reno Film Festival to walk in the parade. For more pictures of the stars, click here or the pictures below. 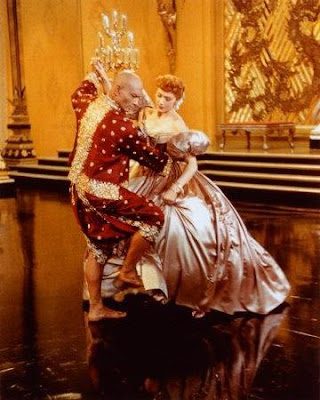 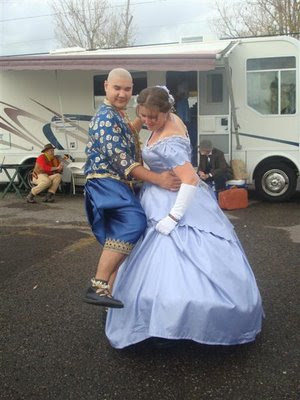 October 25, 2008
While it was not a costume party, I could not resist throwing in a vintage flair when I dressed for a formal party. I just wish I had remembered to grab a crinoline to make the skirt poof out like it was supposed to for that truly 50's look. 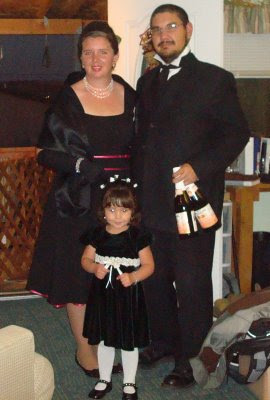 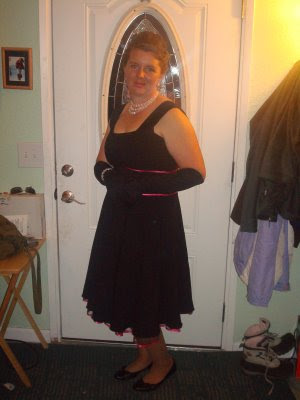 August 24, 2008
My daughter and I went with my mom, Lady Carolyn, to one of her shows. It was in Austin, NV at a renovated church and the ladies served tea and desserts. The show was Lady Carolyn's 1908 Genteel Disrobe so Saralyn and I dressed in our 1905 dresses. A couple of ladies dressed up besides the three of us. It was a fun time had by all. To see more pictures, click here or on the picture below. 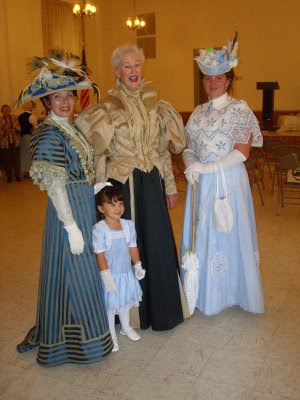 August 8, 2008
I made a dress fro my daughter this week for an event to which my mom is taking her. It is an 1860's day dress. My daughter is two and a half years old. 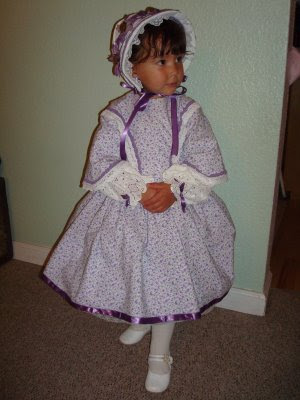 July 18, 2008
The purple Titanic dress is finished and to the customer. She loves it, of course. I start next week on the other bodice and then we tackle a whole new outfit. After all was said and done on this one, though, I think it took just as much time to make it as the last one did. Part of that was the two hours I spent trying to get the right color of dye for the collar. You can't even tell in the picture, but it is dyed a very light dusty pink, a shade lighter than her shoes and hat. 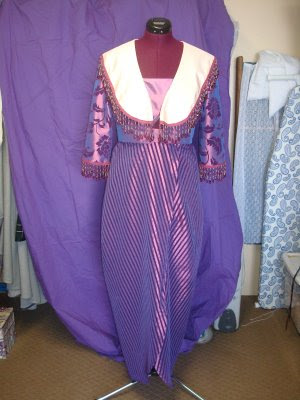 June 27, 2008
The skirt is just about done. Just needs a fitting to mark where the hooks go. Waiting on the customer to get me the dye for the collar. Definitely going faster this time.

June 25, 2008
Spent some time in the sewing room today cleaning up and organizing, and I got the next dress cut out. It should go fairly fast this time since I've already done it once before. I plan on spending most of tomorrow on it.

June 24, 2008
I have been busy with my summer job and have not been in the sewing room for more than a few minutes until yesterday. I am excited to start on the next set of dresses for my customer. And she has a referral for me from a lady who wants a dress as well. The next dress I'll be working on is going be a copy of the teal one pictured below, only in a luscious purple. One of these days, I will have a picture to put up of the finished teal one.

May 19, 2008
Well, the Titanic dress is done, but silly me forgot to snap pictures when the customer came to pick it up last Friday. Oh well, there will be much better ones when she wears it with all the accessories. My project for later this week is to finish the other bodice for it. And she's already given me two more selections of fabric for two different outfits. I'll be busy.


May 10, 2008
I have not worked on the Titanic dress any more, but I did take pictures. I still need to hem it and put on a couple of hooks, but otherwise it is finished. Oh, and it doesn't fit my mannequin, so you won't be able to get the full effect. That will have to wait till the customer wears it and I can get photos. Remember, you can click on the pictures to see a close up. 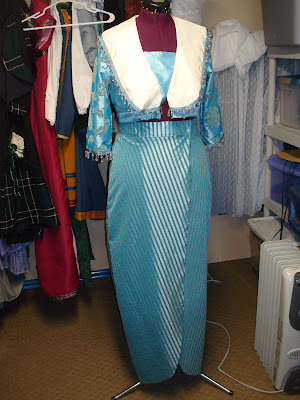 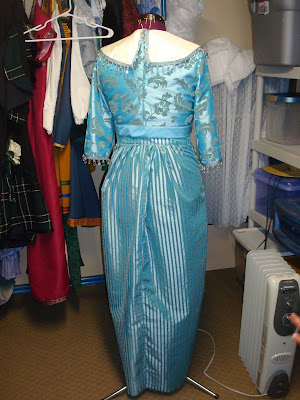 May 9, 2008
I was commissioned by a friend to make her several outfits. She is going to be hosting tea on one of the cruise boats up on Lake Tahoe and she is going to be portraying Laura Knight. The outfits I am making are from the early 1900's. The first was a black embroidered skirt from about 1905 (see picture below). The next one, which I nearly have finished, is from the Titanic era. It is turning out quite well and is a gorgeous teal color with cream accents. I will post pictures when I get them. 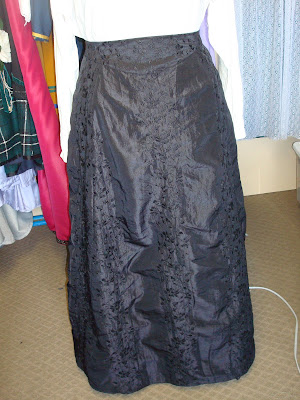